Why the “Backdoor” Roth IRA Became a Target of Tax Reform 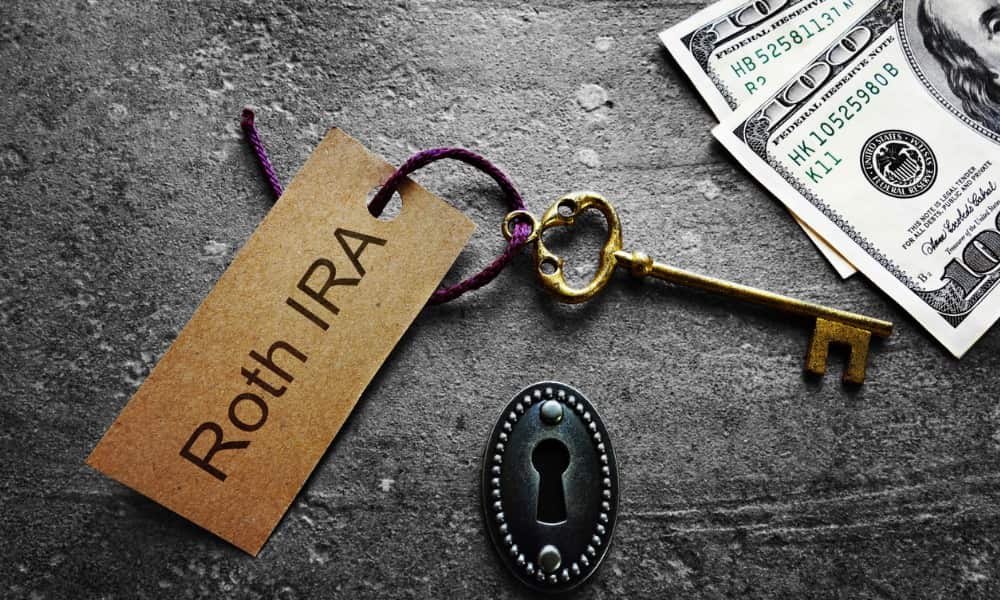 The “backdoor” Roth IRA has become a popular strategy with high-wealth investors, which has made it the focus of tax reform efforts

Billionaire Peter Thiel, the co-founder of PayPal, amassed a fortune by using a financial tool not commonly associated with the extremely wealthy: the Roth IRA. How he did it was covered last year in a report by ProPublica, but for many, it was no secret.

The “backdoor Roth IRA” and the even more exclusive “mega backdoor” Roth IRA are perfectly legal investment vehicles that take advantage of what some call “loopholes” in the tax laws governing these types of retirement accounts. And while Thiel is an outlier among the extremely wealthy, many high-net-worth individuals realize substantial investment gains tax-free by applying these principles.

Democrats in Congress have been trying to close these so-called “loopholes,” but any changes are tied to the passage of the Build Back Better bill, which has been stalled since November 2021. As a result, the backdoor Roth IRA remains a viable option for earners who would otherwise be disqualified from the benefits of this type of retirement account.

A brief review of the Roth IRA and its “backdoor”

In 1997, Delaware Republican Senator William Roth Jr. sponsored the bill that created the Roth IRA to give people another way to save for retirement tax-free. Under the Clinton administration, the Roth IRA was created with provisions designed to prevent its use as a tax-exempt shelter for wealthy individuals. People earning more than $110,000 ($160,000 for a couple) per year were prohibited from opening a Roth IRA, and annual contributions were capped at $2,000.

The limits have increased since then but are still relatively low: in 2022, the annual contribution limit for these accounts is $6,000 (or $7,000 for people 50 and older). Eligibility is still restricted according to income; now, single individuals making less than $129,000 ($204,000 for couples) can contribute up to the limit, while contributions decrease as income rises. According to existing rules, any single tax filer earning more than $144,000 or more cannot contribute to a Roth IRA at all. For married couples filing jointly, the threshold is $214,000 in 2022.

But the backdoor Roth IRA offers even the extremely wealthy opportunities for tax-exempt retirement savings. Few can amass the riches of Peter Theil, who had access to investments that most Americans don’t. His fortune resulted from buying millions of “founder’s shares” of stocks for fractions of a cent in 1997, which ended up being extremely valuable. And because these gains were realized within his Roth IRA, they remain tax-exempt.

So, aside from the difficulty of identifying the next PayPal or Amazon, using the “Peter Theil method” of funding a Roth IRA comes with more risks than many investors are willing to take. More commonly, a high-net-worth individual will use Roth conversions.

Regular Roth IRA conversions face the annual $6,000 limit, but the “mega backdoor” Roth IRA has an annual limit of $38,500, with a catch. The funds must be converted from an existing 401(k), and only employees of companies that allow mega backdoor Roth conversions — only 20-30% of plans, according to The Wall Strfeet Journal — are eligible.

Once inside the Roth IRA, the assets grow. And qualified withdrawals, which can happen any time after the holder reaches age 59½, are tax-free. They do not count as income.

Since the ProPublica story broke, the backdoor Roth IRA has been the target of critics calling for tax reform.

According to a July 2021 report by the Joint Committee on Taxation and the Government Accountability Office, almost 500 taxpayers held at least $25 million each in their Roth IRAs in 2019. The average Roth IRA balance is $39,100, according to the IRS.

Provisions in the Build Back Better bill passed by the House of Representatives in November 2021 intended to curb perceived misuse of the Roth IRAs by wealthy individuals. The legislation calls for high-income individuals and couples with $10 million or more in any “defined contribution retirement accounts” to make significant withdrawals.

But the Build Back Better bill, as of this date, remains stalled and has questionable prospects for eventual passage. Thus, the Roth IRA in all its versions is safe for the foreseeable future. For example, Senator Joe Manchin (D-WV) has said that the new regulations on the Roth IRA are on his list of reasons he would not support the BBB in its current form.

Given the looming midterms and the inability of this Congress to reach sweeping compromises, many believe this attempt at retirement account reform will be abandoned for now.

Lindberg & Ripple features a team of experienced wealth advisors who can assist with managing the complexities of wealth planning. We’ll help you develop and maintain a customized strategy designed to grow and preserve wealth for future generations. Contact us to learn more.

This material and the opinions voiced are for general information only and are not intended to provide specific advice or recommendations for any individual or entity. To determine what is appropriate for you, please contact your Lindberg & Ripple Financial Professional. Information obtained from third-party sources are believed to be reliable but not guaranteed. The tax and legal references attached herein are designed to provide accurate and authoritative information with regard to the subject matter covered and are provided with the understanding that Lindberg & Ripple is not engaged in rendering tax, legal, or actuarial services. If tax, legal, or actuarial advice is required, you should consult your accountant, attorney, or actuary. Lindberg & Ripple does not replace those advisors. By accessing any links above, you will be connected to third party web sites. Please note that Lindberg & Ripple are not responsible for the information, content or product(s) found on third party web sites.