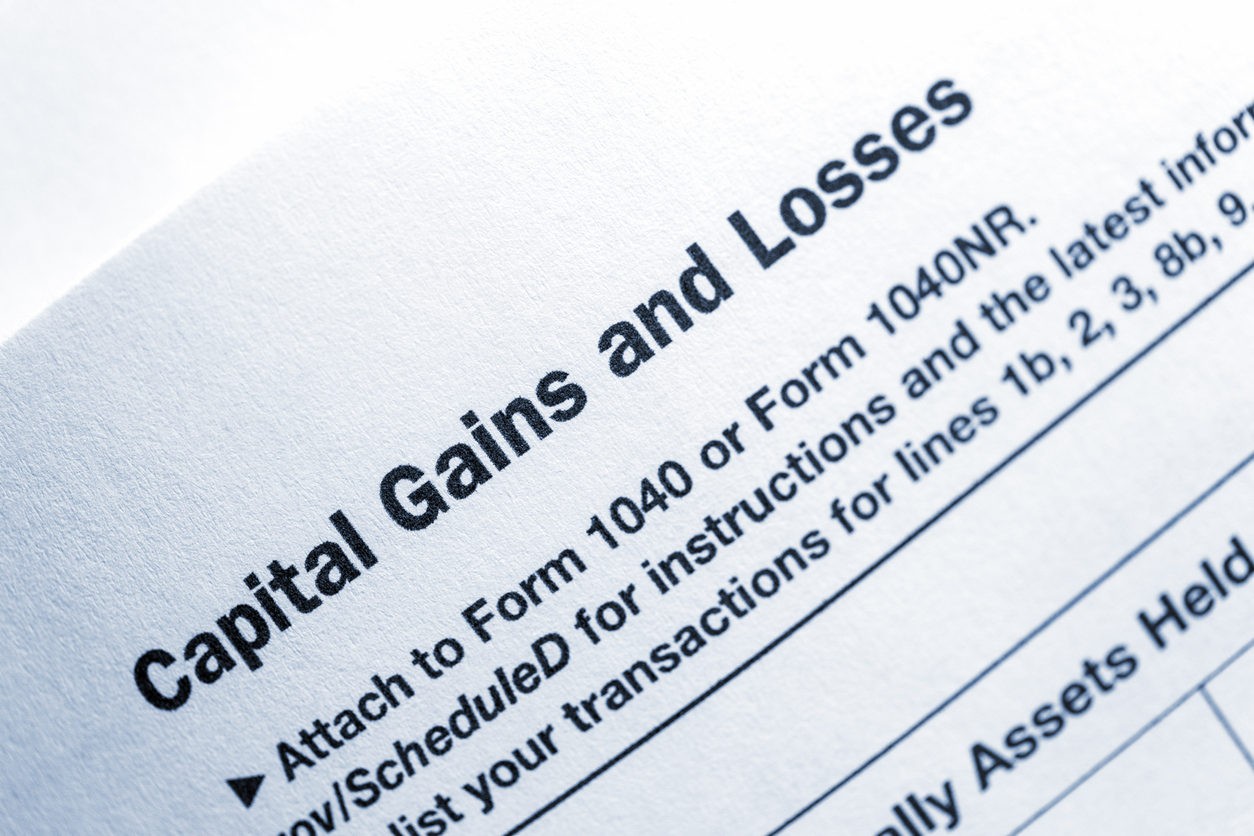 The American Families Plan seeks to fund infrastructure and aid to working families by increasing the capital gains tax rates and eliminating a popular “loophole.”

It’s a good news, bad news scenario for the wealthy: President Biden has reconsidered his earlier promises to increase certain estate taxes, but his American Families Plan will include a “near doubling” of the capital gains tax rate.

The proposed increase would raise the top federal rate on long-term capital gains and qualified dividends to 39.6% from its current rate of 20% on households earning over $1 million. When added to the existing net investment income tax and possible state and local capital gains taxes, higher earners selling certain investments could be looking at a tax rate averaging 48%.

The most recent proposal will bring capital gains tax rates to their highest levels in more than 65 years. The tax increases are part of an ambitious, expansive plan that faces little chance of approval in Congress without revisions. The 10-year initiative, the second piece of President Biden’s “Build Back Better” agenda, was revealed on the heels of the administration’s sweeping infrastructure plan. Both have been reported to have hit “heavy resistance” from some lawmakers on both sides of the aisle.

But some changes are likely coming. And wealth management plans should consider the possibility of capital gains tax rate increases along with other revisions to the tax code. There is also a chance the President’s plan could pass through budget reconciliation intact, bypassing the need for bipartisan support.

Capital gains from the sale of certain types of investments — typically stocks, bonds, real estate, and other assets — are taxed at one of three rates tied to the taxpayer’s income. Currently, capital gains on investments held longer than a year are taxed at a much lower rate than regular income, with the maximum capped at 20% for the highest earners.

President Biden’s proposal raises the long-term capital gains tax rates to align them more closely with income tax rates. It also calls for closing what some consider a “loophole” that allows unrealized capital gains to be eliminated at death.

Under the new proposal, inherited assets that increased by more than $1 million since purchase will be taxed upon the owner’s death. Heirs who are bequeathed assets upon the passing of the asset holder would no longer “step up” the cost basis to the asset’s current fair market valuation, as is the practice now. Some exceptions to the end of the “step up” rule mentioned in the President’s plan are:

Additionally, the plan specifies that exclusions will still apply for the transfers of primary residences up to a specific value ($250,000; $500,000 for joint filers).

A change with huge implications

If passed, the removal of the stepped-up cost basis in the proposed tax overhaul has the potential to impact estate planning and wealth management practices significantly. However, experts are divided on whether that element of the President’s plan has a chance of moving forward—and if it does, whether it will provide the necessary amount of revenue without causing collateral damage to the nation’s economy.

Both Warren Buffett and Bill Gates have promoted increasing tax rates on capital gains to generate revenue that could go towards social programs. Others are critical that the measure would apply to just the highest-earning 0.3% of taxpayers and are pushing for more aggressive policies. Several economists believe the proposed increases will be too easy to avoid through creative but legal means.

The American Families Plan, in its totality, has many detractors since it was released. Perhaps most damaging is the (non-partisan) Penn Wharton Budget Model study that claims the plan will cost over $700 billion more than White House estimates. The study takes aim at the proposed capital gain tax rate increase, stating it will contribute to a disincentive to saving and “discourages labor by high-productivity households.”

Some considerations by wealthy individuals include:

A solid wealth management strategy must navigate political and economic change. And there is no one solution to adapt to revisions in the tax code and investing. Choose a wealth management advisor who customizes strategies based on your family’s specific circumstances and needs.

Lindberg & Ripple features a team of experienced wealth advisors who can assist with managing wealth while complying with changing regulations. We’ll help you develop and maintain a customized plan designed to grow and preserve wealth for future generations. Contact us to learn more.

This information is obtained from sources that are believed to be reliable but we make no guarantees as to its accuracy. This material is for educational purposes only. Educational material should not be construed as legal or tax advice and is not intended to replace the advice of a qualified attorney, tax advisor and plan provider. By accessing any links above, you will be connected to third party websites. Please note that Lindberg & Ripple are not responsible for the information, content or product(s) found on third party web sites. Securities and Investment Advisory Services Offered Through M Holdings Securities, Inc. A Registered Broker/Dealer and Investment Adviser, Member FINRA/SIPC. Lindberg & Ripple is independently owned and operated. # 3597438.1